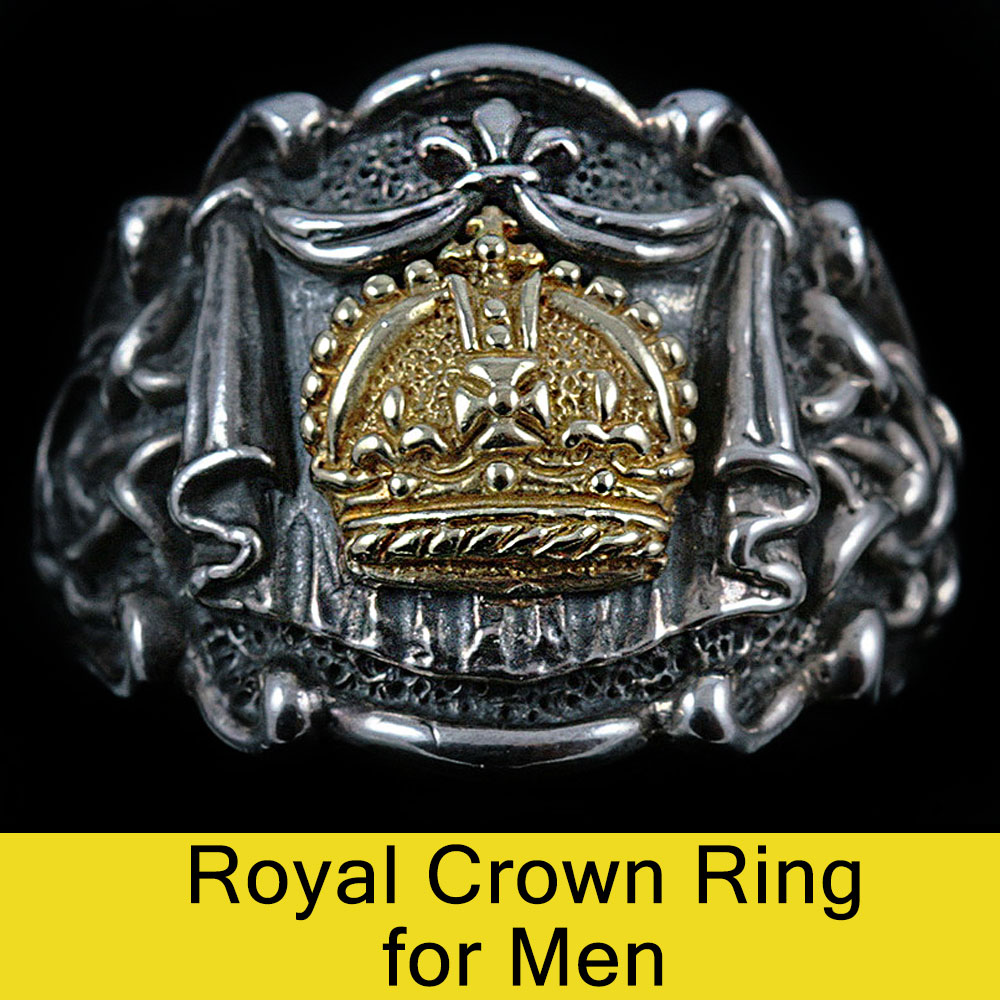 Throughout history, royal families have displayed their power and authority with various types of jewelry and accessories. One obvious accessory of choice for royal families is the crown. Traditionally, the crown is a symbolic form of head wear worn by a monarch. It represents power, triumph, honor, and even immortality. These days, the crown lives mostly as a symbol in history books, museums, and art. Nonetheless, the crown is alive and well as a common symbol used in jewelry. A royal crown ring for men is a prime example of this type of jewelry.

Although the royal crown symbol is not as common as the skull or cross symbol, it evokes the same type of strength and power. Just like the skull and cross symbols, the crown is also linked to kingdoms where people were conquered and ruled over. Although the crown has not always been worn by pleasant rulers, it is still an iconic symbol of royalty that has withstood the test of time.

A crown ring is the perfect way to sport the symbol without being too overbearing. There are many rings that simply look like a mini crown to be worn on the finger. In addition, there are tons of rings that incorporate the crown symbol in the overall design. This second type of royal crown ring for men is more subtle yet meaningful. For example, an animal with a crown gives it another level of meaning. A crowned anchor gives a royal spin to the nautical symbol. Some added jewels and stones give these types of rings an extra royal feel, ensuring that the ring is unique and rare.

The mens crown ring is an amazing example of extraordinary designer jewelry. Not only is it unique and aesthetically pleasing, but it will provide endless strength and confidence to its wearer.